According to Mr. Duong Duy Phu, General Director of VRG Khai Hoan, from the beginning of 2020 up to now, the factory must operate at 100% capacity instead of about 70% – 80% as before the Covid-19 epidemic appeared. Even the orders for the year 2022 received by the company are full (but the two parties have not finalized the price). 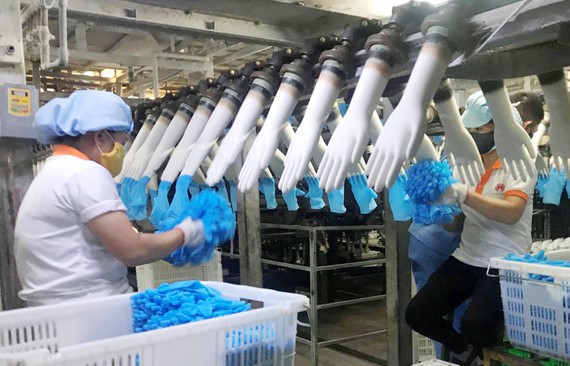 The company’s 2021 plan is to produce 2.5 billion medical gloves, sales of over 2,250 billion dong, pre-tax profit of 580 billion dong (after tax of 464 billion dong) will be completed in the next few months.

80% of products are exported to Europe, North America, Japan, Korea … But now it has been reduced to 70% to give priority to meeting domestic demand for Cho Ray Hospital, Bach Mai Hospital etc.

According to the assessment, the demand for medical gloves will be stable in the long term due to the trend of countries increasing the national medical supplies, people gradually develop the habit of using medical gloves since the outbreak of the epidemic. easy to spread. In addition, this item is also used in electronics, food processing … Therefore, VRG Khai Hoan JSC plans to put into operation one more factory in the last months of this year, doubling production capacity to meet the pressing needs of global customers. 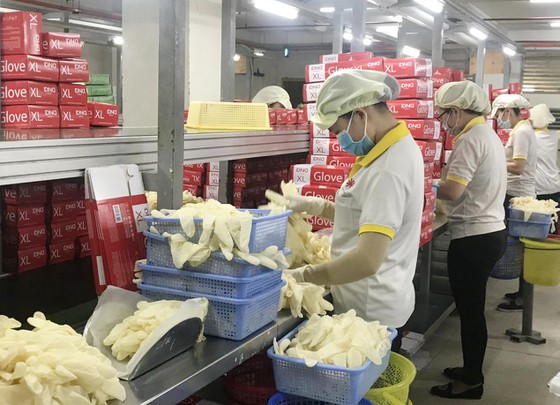 According to Mr. Duong Duy Phu, the current difficulty is that the input material price fluctuates quite a lot: the price increase by 20%, the nitrile latex material increases to 4,000 USD / ton instead of 1,300 USD / ton, due to the scarcity of containers. so the delivery time lasts for a year. Even the sample porcelain hand for making the frame for the glove production has to be imported from Malaysia because it has not found a domestic company that can produce it.